Impact of smart phones on consumers and small businesses

Smart phones are basically cell phones that offer better connectivity and superior computing ability than a normal phone. Smart phones let the user to set up and run various kinds of applications. These applications are based on operating systems like Android operating software. The software enables the application developers to provide digital experience to the users. The popularity of these phones has been increasing since iPhone came into the market in July 2007. Read on this article to know about the impact of smart phones on consumers and small business.

Impact of smart phones on consumers

According to a recent survey, nearly all new smart phone users are consumers. Earlier, gadgets were mainly used by the businessmen, but not now. Consumers are using smart phones for various purposes such as checking mails, scheduling appointments, surfing websites, downloading videos, music, games, images, etc. For consumers, smart phones are minicomputers and not just a device to call near and dear ones.

After the first Blackberry device was launched by Android and Research In Motion Ltd, consumers’ mobile usage habits have changed. As per J.D. Power and Associates 2010 Mobile Handset Report, an increasing number of consumers are using smart phones for entertainment and social networking. Around 25% of traditional handset owners have accepted that they regularly share multimedia messages. Moreover, around 17% of smart phone users (with touch screen-equipped handsets) have said that they regularly download and stream videos from the Internet. Around with 16.4% of consumers have said that they’re planning to purchase a smart phone within October 2010. This figure is an all time high.

As per a recent study, approximately 79% of people use smart phone used to carry out business instead of an office phone. Approximately 34% of small businessmen are using smart phones more than computers. Around 7% entrepreneurs have stopped carrying laptops while traveling for business. They use smart phones.

Smart phones such as the Google G1, Apple iPhone, the Nokia E71, and the Blackberry provide small businesses the chance to employ a new type of mobile phone marketing, based on various applications. For instance, the Inner fence Visa payment application allows small companies to make payments through credit card within few seconds. A garden planning application enables a landscape garden company to know what to plant and redesign garden. A hairdresser can have an application where he can upload images of her clients and help them to choose a suitable hairstyle.

Finally, the rise in smart phone sales is likely to have a long-term impact on mobile phone companies. Smart phone companies need to constantly train sales people on new features and applications for executing simple tasks like explaining the phone’s operation to the customers. Also, as per a recent study, around 18% smart phone users are expected to inquire about phone repairs. This implies that companies have to be equipped to have more customers visiting their shops to resolve queries.

To have your questions answered and to get a customized, personalized solution for your business’ mobile credit card processing, contact Erik Johnson today! He can be conveniently reached directly using his email - This email address is being protected from spambots. You need JavaScript enabled to view it. - and at his toll-free number 800-374-7868. 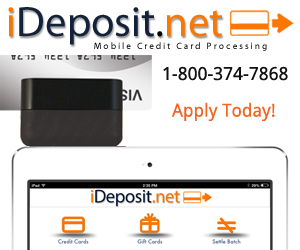 Recommended by Chase Bank, loved by its users, iDeposit has been on the forefront of mobile and online credit card processing for more than a decade. Get in touch with one of our helpful representatives to get a personalized, custom solution with the newest technology for your business, and get more sales - today!

Recommended by Chase Bank, loved by its users, iDeposit has been on the forefront of mobile and online credit card processing for more than a decade. We welcome you to keep abreast with iDeposit news - follow our RSS, Facebook, and/or Twitter account. 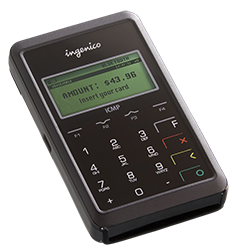 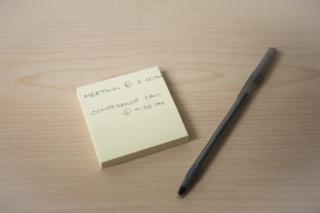 As small business owner, it's tough to keep up with all the comings-and-goings in the business world as it applies to you. Here are some articles that are on the fringe now, but will be mainstream soon.

These articles may have some impact on your online credit card processing:

Start accepting Apple Pay at your [...] 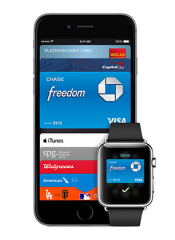 The fast and safe way for your customers to make payments is here!

The future is here and iDeposit has you covered. We now offer FREE terminal placement or upgrades to new and existing Merchants.  Whether you are a small business, large volume or franchise food chain iDeposit can accommodate. Our terminals are also EMV chip ready, meaning you will not need to upgrade your terminal again in 2015.  Apple Pay and Google Wallet allow customers to safely authorize transactions with just a swipe of their NFC enabled phone. No paper reciepts to sign or storing credit card numbers. You and your customers can have peace of mind that each transaction is safe and secure. 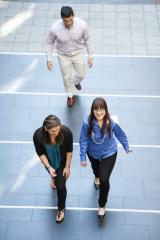 It's always important to take a look at how you can save money, and here are some great tips and tricks you can use to get started. Anyone can start saving money with a small amount of effort.

Look through these tips and find at least one that will help you balance your budget and build up your savings. 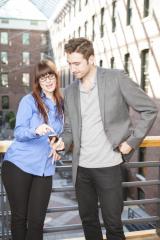 Do you regularly use your credit card? If your answer to this question is yes, then I hope you are using your card for the right reasons. Many people get carried away when purchasing items with their credit cards, this can lead to all sorts of problems, not to mention increasing your debt at an unbelievable rate.

You should always use your cards responsibly and for the right reasons. I will try and detail how you can use your credit cards to your advantage. It’s important to remember that credit cards are not just a way to ‘buy now, pay later’; they are a lot more than that. 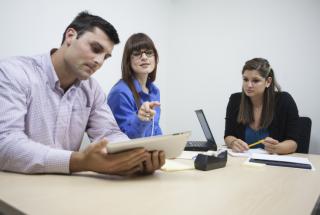 Here are some articles that will bring/keep you up to speed in the mobile/online payment processing world.

This week, while it appears to be some movement with some major brands, the customer is in the position to win with even more focus on customer service, lower transaction costs and fees, and increased technology.